Home/Uncategorized/Mind Control over Bullies with Chase Hughes
Previous Next

Here’s the video. Watch it. Below is a discection of the one-liners that will de-esculate the confrontation started by a bully. It’s pure gold. 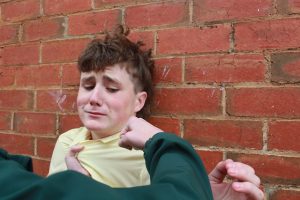 I like this so much I’ve written them out for you to copy and print up. Early in my influence and persuation training I would spend hours practicing language patterns so I got them down. If that will help you, or your kids, deal with bullies please DO IT!

Read the responses just as Chase worded them:

These are what you would follow up with to further de-escalate the confrontation.

Here is another article about Chase Hughes: https://mindcontrolpublishing.com/i-found-out-something-interesting/