I Found Out Something Interesting

Home/Uncategorized/I Found Out Something Interesting
Previous Next

I Found Out Something Interesting

It’s no secret that I think Chase Hughes book “THE ELLIPSIS MANUAL” is must-have in every hypnotists library. But I was recently comparing notes and discovered that recent edits in the book have removed some incredible content.

A little back story.

Some of my books on mind control were used by Chase when he was completing The Ellipsis Manual. He was gracious enough to acknowledge me in the book. When I got the first edition I was amazed at the thoroughness of his hypnosis model. He even included a description of how a hypnotist (perhaps working for a clandestine government agency) might create a hypnotic “sleeper” agent. A spy who wouldn’t even know they are a spy until triggered by a handler skilled in hypnosis.

That blew my mind! I had played with the idea when I wrote “PERFECTED MIND CONTROL” so I knew it was possible. Until I read that first edition of THE ELLIPSIS MANUAL no one else had ever described it in such detail.

Using a more recent edition of THE ELLIPSIS MANUAL, I was trying to show that part to a friend and Chase has removed all references to it. I know he had his reasons for doing that. It was maybe too prurient and something best revealed on a need-to-know basis.

The point is creating a hypnotic sleeper agent is possible. I’ve done some research and compiled how other hypnotists might create a hypnotic alter ego in someone. The link is below. 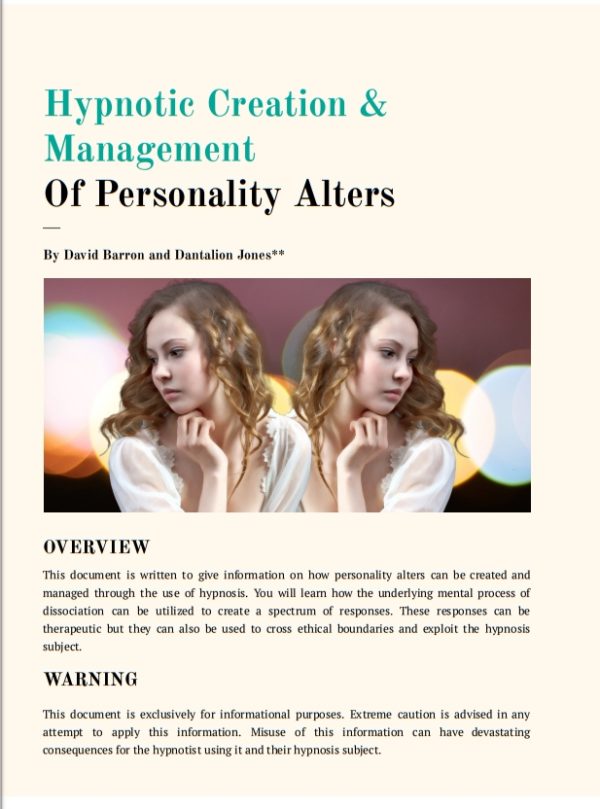