You’ve been wondering about the mind for a very long time.

Maybe you saw someone doing stage hypnosis. Maybe a friend told you hypnosis helped them quit smoking of become more confident. There came a time where you decided to explore hypnosis, and the mind, on your own. All of that brought you to this moment right now. 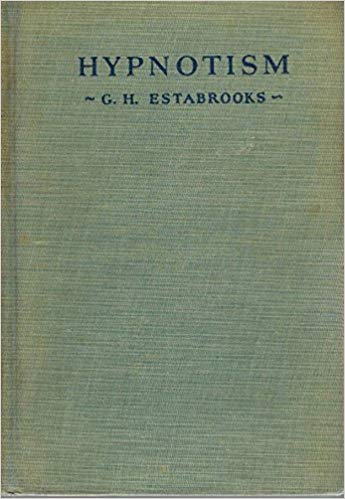 Rumors and myths about hypnosis suggest you can create a secret personality inside someones mind and they would never suspect it’s there, waiting for your instructions. There are plenty of hypnotists who will tell you that’s not possible.“You can’t make someone act against there will in hypnosis” they will tell you.

But they are wrong. Dead wrong.

Some hypnotists simply don’t believe it’s possible to create a “Jason Bourne” or a “Manchurian Candidate”, but things like that are possible and there are hypnotists who have done it and published papers on it. The first going back to 1957 in a book by George Estabrooks titled “Hypnotism”. The book is no longer in print but used copies can still be found online. Estabrooks was just the earliest to study and test this weird and controversial aspect of hypnosis: Creating Alternate Personalities.

One of the many repeated quotes by Estabrooks is

“During World War II, I worked this technique with a vulnerable Marine lieutenant I’ll call Jones. Under the watchful eye of Marine intelligence I split his personality into Jones A and Jones B. Jones A, once a ‘normal’ working Marine, became entirely different. He talked communist doctrine and meant it. He was welcomed enthusiastically by communist cells, and was deliberately given a dishonorable discharge by the Corps (which was in on the plot) and became a card-carrying party member. All I had to do was hypnotize the whole man, get in touch with Jones B, the loyal American, and I had a pipeline straight into the Communist camp.””

“I can hypnotize a man — without his knowledge or consent — into committing treason against the United States.”

I’ve done some of my own research on the subject (no human testing was involved) and compiled it into a 8500 word document.  “Hypnotic Creation & Management Of Personality Alters” describes three documented processes that do the unimaginable: create and manage alternate personalities. One of the process describes possibly how an Estabrooks type of super agent could be made.

This paper is understandably controversial and I’ve had several people offer me cautionary advice about releasing it but none of this is new. It’s now compiled into a simple and easy to read document.

The paper is ready to order.

Limited to the first 100 downloads.